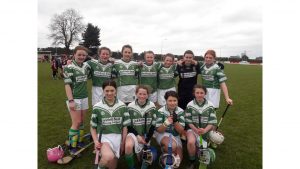 4 teams to play round robin.  15 mins per half as per national rules.

No semi final.  Top 2 teams into final to keep within the playing time guidelines.

See attached rules if teams end up on equal points.

In general it is encouraged that all teams should wear full team kit including skorts. However, priority is on players getting games and players will not be stopped playing if not wearing skorts.

Outside of the County or a club representing Kildare will be expected to have skorts.

National competition is 24 per panel.

This entry was posted in Under 14. Bookmark the permalink.