Hard luck to the team and management. 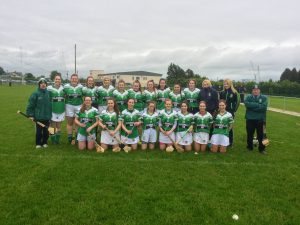 In Underage Leagues:  Referee to be appointed by the home team from the referee list supplied by Kildare Camogie Board.

Adult Championship Intermediate is 15 aside. The minimum a team can start with is 12 players

Adult Championship Junior are 13 a side. The minimum a team can start with is 11 players. If both teams agree 15 a side can be played.

These rules are in accordance with Camogie Association Rules.

This entry was posted in Intermediate. Bookmark the permalink.